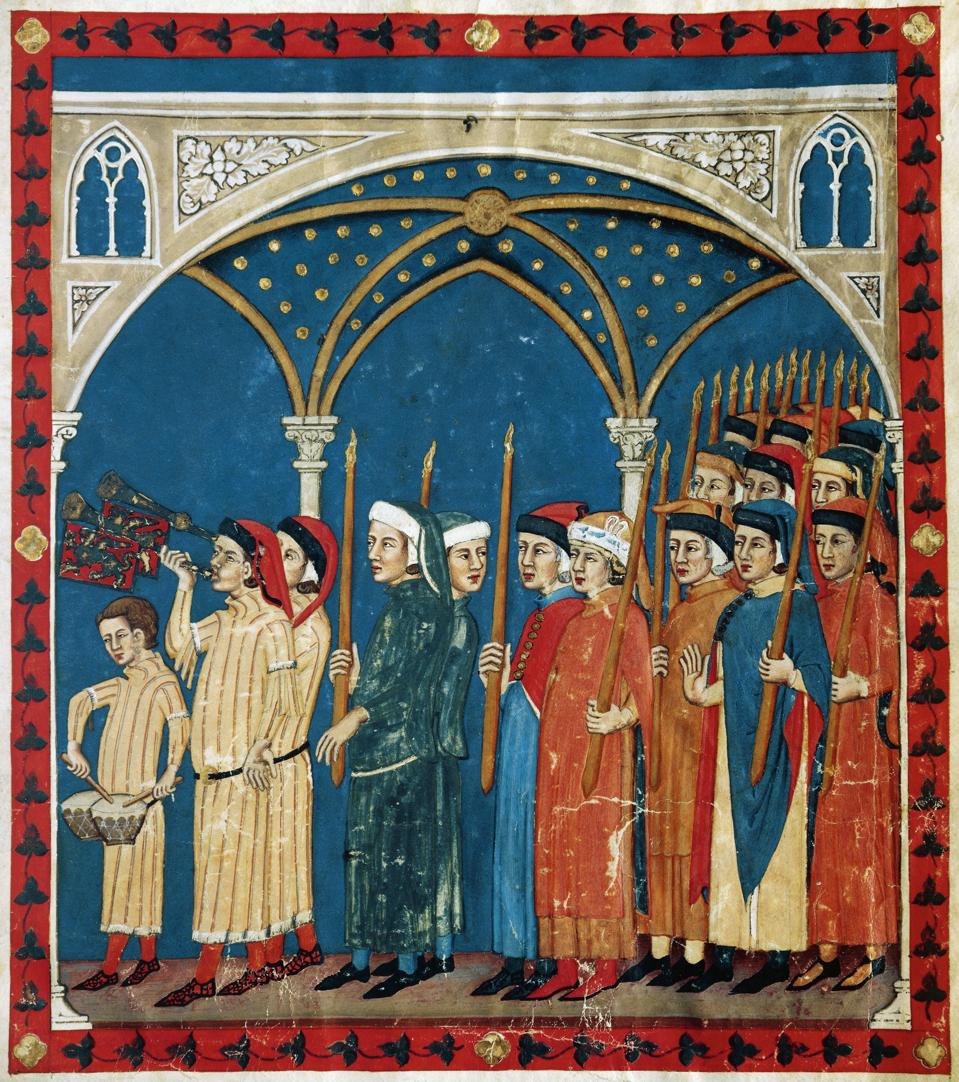 Who are “WEIRD” people?

It’s a clever acronym, to denote people who are Western, Educated, Industrialized, Rich, and Democratic. But the acronym is meant to indicate something else as well, that psychologically, those of us whose ancestors hail from Western Europe, or who live in counties shaped by their culture, are weird, that is, different, in terms of our psychology, our norms, our sense of right and wrong, than the rest of the world. This is part of the thesis of a new book, The WEIRDest People in the World, by Joseph Henrich. The more remarkable part of that thesis, though, is something unexpected: that those differences have their origins in an unexpected source, the prohibition by the Catholic Church of marriages by people who were closely, or even distantly, related (as well as the requirement that the couple consent to the marriage and the prohibition of multiple spouses).

Now, readers may be wondering what this has to do with retirement — unless you’re a diligent enough follower of my writing to recall my April 2019 article about retirement in the Middle Ages. We may think that the notion of “retirement” is a modern one, and that as long ago as that, one worked until death or was simply cared for by one’s children, but that’s not true — even then, in Europe, newlyweds lived on their own, rather than staying in the family home to care for their parents as they aged. And that’s quite different than the “filial piety” of Confucian cultures or practices elsewhere (and, incidentally, the “Middle Ages” is a label that really only makes sense to use for Europe so that, as far as I’m concerned, “European Middle Ages” is redundant). Which means that Henrich’s theory provides insights that are helpful in thinking about retirement cross-culturally.

So let’s start with this: what are the psychological differences between WEIRD people and the rest of the world? Here are some of their traits: they (we) are “highly individualistic, self-obsessed, control-oriented, nonconformist, and analytical.” Henrich writes in his first chapter that

“We focus on ourselves — our attributes, accomplishments, and aspirations — over our relationships and social roles. We aim to be ‘ourselves’ across contexts and see inconsistencies in others as hypocrisy rather than flexibility. . . . [W]e are less willing to conform to others when this conflicts with our own beliefs, observations and preferences. We see ourselves as unique beings, not as nodes in a social network that stretches out through space and back in time. . . . When reasoning, WEIRD people tend to look for universal categories and rules with which to organize the world . . . . That is, we know a lot about individual trees but often miss the forest. WEIRD people are also particularly patient and often hardworking. Through potent self-regulation, we can defer gratification. . . . WEIRD people tend to stick to impartial rules or principles and can be quite trusting, honest, fair, and cooperative toward strangers or anonymous others. In fact, relative to most populations, we WEIRD people show relatively less favoritism toward our friends, families, co-ethnics, and local communities than other populations do. We think neoptism is wrong, and fetishize abstract principles over context, practicality, relationships, and expediency. Emotionally, WEIRD people are often racked with guilt, as they fail to live up to their culturally inspired, but largely self-imposed, standards and aspirations. In most non-WEIRD societies, shame — not guilt — dominates people’s lives.”

Henrich provides many examples of psychological studies (e.g., experiments conducted among university students globally, or by anthropologists in small villages) which show that WEIRD societies are the outliers in all these traits. One particularly striking one for me was the Passenger’s Dilemma: if you are in a car with a friend, and he gets into an accident, do you lie on his behalf to save him from legal consequences? Henrich shows the results in a graph rather than a table, but as it turns out, the footnote send me to a source with the numerical results, among which are:

What’s more, this particular book (Riding the Waves of Culture by Fons Trompenaars and Charles Hampden-Turner) focused on the importance of culture in global business and the questions were posed to individuals in business, which means that, one presumes people from non-WEIRD cultures would be more likely to be influenced by WEIRD norms (and, possibly, immigrants and minorities within WEIRD cultures themselves would be underrepresented in the survey group).

After establishing the distinctiveness of WEIRD culture, Henrich gives a lesson in the development of clans and states, and explains that, as people began to live in larger groups, clans developed, and, in most parts of the world, even when premodern states developed, intensive kin-based institutions remained important: extended households, arranged marriages with relatives (cousins), reliance on kin for protection and caregiving, and prevalence of polygynous marriages. This is still the norm in many parts of the world, and might have been the case in Europe, too, but for the “money wrench” of the Catholic Church’s regulations around marriage and family, what he calls the Marriage and Family Program, or the MFP. Beginning in late Antiquity, the Catholic Church promulgated prohibitions that increasingly expanded the restrictions placed on marriage, first to remarrying the sister of one’s deceased wife, then marriage between cousins or step-relatives, then second-cousins, second-cousins once-removed, third cousins, and eventually sixth cousins, before, in 1215, dialing back the prohibition to extend only to third cousins.

Why did the Church implement these prohibitions? The short answer is that the bishops and popes of the late Roman Empire and early Middle Ages considered them incestuous, but why? There’s no particular theological answer, and the prohibitions of the Eastern (Orthodox) Church(es) are much looser. Certainly, the overall discouragement of marriage benefitted the church directly, when people entered religious life and donated their land to the church (e.g., religious orders). Loosening the ties of kin and clan also strengthened people’s identity as “Christian.” What’s more, the shift from a third-cousin to a sixth-cousin prohibit was, to some extent, a fluke; Roman civil law counted each step up and back down a family tree as a “degree of consanguinity” but the medieval/Germanic method counted each step up alone (as we do today; our third-cousins have a shared great-great-grandfather), doubling the size of the family tree of prohibited relationships.*

This last bit fits in neatly with Henrich’s explanation that, from a cultural evolution perspective, in the same manner as in “regular” evolution, random mutations simply occur and enable to species to be more successful if they are useful, so, to, this was a mutation by chance which helped Christianity become more successful in spreading through formerly-pagan Europe, as the new norms of the MFP had its beneficial effects.

And, interestingly, these prohibitions, and their impacts, were not experienced Europe-wide. Southern Italy, in whole or part, was ruled by the Byzantine Empire during the early Middle Ages, and for a fair stretch Sicily was controlled by Arabs, as was, of course, Spain. And Sicily remains distinctive for its disproportionately high rate of cousin-marriage relative to the rest of Europe.

He then traces the path that brought Western Europe from its early medieval “backwardness” (relative to the Byzantines and, later, the Islamic Golden Age) to the Industrial Revolution. Although the feudal system had lords, knights, dukes, kings, and the rest, the cities of the High Middle Ages were self-governing, with democratic institutions. Universities were likewise self-governing, as were the guilds for craftsmen (and women), and even monasteries voted on their Abbots, rather than this being a hereditary role. Merchant’s guilds enabled trade. Craftsmen took on apprentices from outside their family, and journeymen literally journeyed outside their hometowns, to further develop their skills — and all because, with clans and cousin- and arranged-marriage dismantled by the church’s prohibitions, new institutions arose to meet those needs instead, but in a way that enabled far more development, markets, even self-control and patience:

“Intensive kinship, through its strong normative obligations to a web of distant relatives, may create pressures that similarly disincentivize the cultivation of self-control or patience. I’ve seen this frequently in Fiji: an industrious person works hard to save money, but then some distant cousin-brother needs cash for a funeral, wedding, or medical procedure, so the nest egg evaporates. This makes sense because intensive kin-based institutions manage risk, retirement, and harmony collectively — through relationships — instead of via individual self-control and secure savings” (p. 377).

And, yes, Protestantism had the effect of intensifying the emerging WEIRD psychology, as well as emerging because in some respects it was a better fit for the new mindsets, with its emphasis on individuals relating to God directly rather than through institutions, and its promotion of individual literacy and Bible-reading. Finally, when it comes to the inventions that sparked the Industrial Revolution, they were the outcome of cities in which resources were available and knowledge was shared with a “collective brain.” Here, too, religious orders played a role: the Cistercians had monasteries which he labels “monastery-factories” all across Europe, and the abbots shared their knowledge with each other not just about theology but about “their best technical, industrial, and agricultural practices” in the medieval and early modern periods, and the monks then shared this knowledge with their local communities (p 446). But it was the teeming cities where innovation mushroomed — and, indeed, the number of people living in cities of over 10,000 increase 20 fold in the millennium from 800 to 1800, while at the same time, the number only doubled in the Islamic world and remained flat in China.

Finally, Henrich addresses the rapid development of Japan, South Korea, and China in modern times. How did this occur even though they weren’t WEIRD? In the first place, “these societies had all experienced long histories of agriculture and state-level governments that had fostered the evolution of cultural values, customs, and norms encouraging formal education, industriousness, and a willingness to defer gratification” (p. 476). Second, they each had top-down governments which, when they observed the development of Western countries, were able to copy many Western institutions in an “off the shelf” manner even if they hadn’t developed organically as the eventual result of the MFP.

So what ultimate conclusions do we draw from Henrich’s insights?

Looking at global retirement, one can easily enough connect Japan’s troubles, for examples, in transitioning from a norm where children take care of their elderly parents, to a social welfare state and/or expectations that one saves for one’s own retirement.

But is there a take-away for Americans? Could an understanding of WEIRD psychology provide insights into not just retirement in the past but what policy might be most successful in the future? That is, at the least, a question to ponder.

And one last note: do I recommend the book to readers? Depends on your patience — he takes 500 pages to make his case; the book is well-written and explains the issues well so you don’t need to be an Ivory Tower scholar to make sense of it, but, let’s face it, I’d still like to see a version for the more casual, less committed reader.

*Constance B. Bouchard, ”Consanguinity and Noble Marriages in the Tenth and Eleventh Centuries,” Speculum, April 1981, pp 268 – 287. Yes, this comes from my grad student days, and, yes, I’m a pack rat.