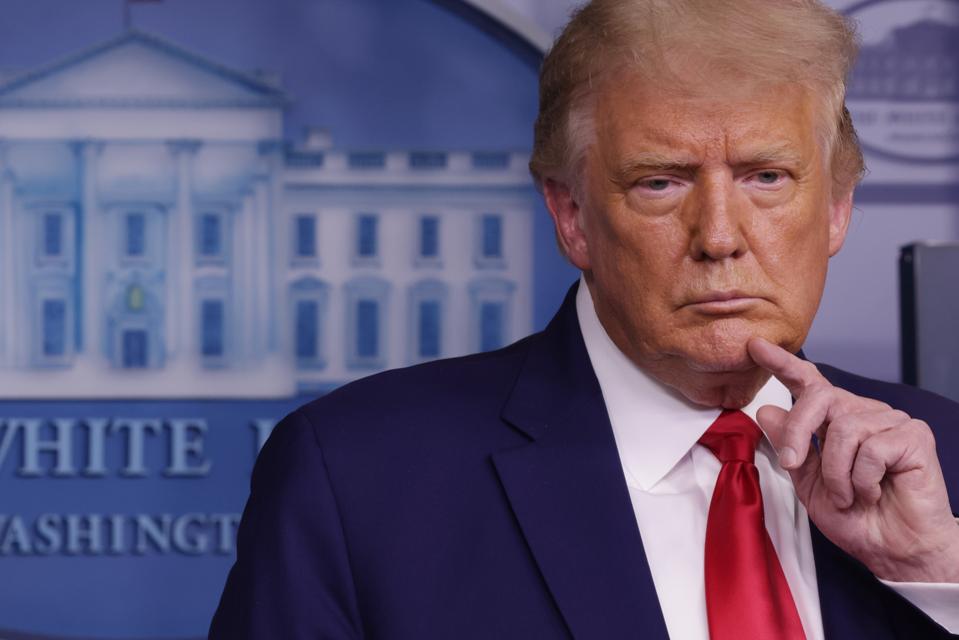 The coronavirus — the mostly unseen yet deadly enemy we’ve been fighting for most of 2020 — is forcing some to rethink what an economic loss is for tax relief purposes. Can this virus, which has caused countless adverse financial results, be the basis for claiming the same types of economic relief that taxpayers claim for triggered losses caused by natural disasters like hurricanes?

I say yes. Many taxpayers will be able to immediately benefit from a diverse range of capital and some ordinary losses realized in 2020 — not just those related to retail, hospitality, and other service-based industries. So for taxpayers hearing that losses realized because of market downturns caused by the pandemic may not be deductible without government clarification or expensive opinions, I’d suggest reaching out to another tax adviser. The COVID-19 pandemic is a federally declared disaster, and Congress provided various avenues of relief under President Trump’s March 13 emergency declaration under section 501(b) of the Stafford Act.

Section 165(i) Carrybacks for Losses From Federal Disasters

Section 165(i) of the IRC allows taxpayers to carry disaster losses into the prior tax year, which reduces current payments to the IRS or gives taxpayers refunds. That will allow many to obtain immediate refunds for losses arising after March 13 attributable to the COVID-19 pandemic and taken into account for the 2019 tax year. Sure, hurricanes may be the typical example in which devastated businesses benefit from the provision. But arguments that losses caused by the coronavirus are harder to quantify than those attributable to physical disasters are disingenuous.

Why do some think it’s unclear that section 165(i) gives the president the authority to relieve hurting taxpayers who suffered from a federally recognized disaster? Trump’s disaster declaration reached the entire country, which is unprecedented. So is the tax relief granted by that declaration, including the ability to carry back losses on capital assets like stock and commercial real estate into the prior tax year. Section 165(i) covers “any loss occurring in a disaster area and attributable to a federally declared disaster.”

While some are pushing the IRS to issue guidance to clarify that section 165(i) covers losses caused by the coronavirus, I highly doubt the government will waste its time on clarifying the obvious: The virus caused economic losses, and section 165(i) provides immediate relief for them. Denying that ignores authority clearly given to the president and the plain language of the code and its congressional intent.

The Debate About Loss Causation and the Coronavirus

Could the IRS tell taxpayers that “a loss attributable to the coronavirus means a loss caused by the coronavirus”? Sure. But why would it? If Fuddruckers, Luby’s, or their owners endure losses because the restaurants’ patrons were subject to quarantines and stay-at-home orders, shouldn’t the resulting loss of business fit under section 165(i)? How could realized economic losses resulting from the millions of layoffs, business closures, and resulting worthless assets and loss caused by the pandemic worldwide not be entitled to the benefits Congress provided for federally declared disasters?

Some business losses have unambiguously been caused by the coronavirus pandemic, for example, those resulting from state-mandated shutdowns (e.g., store closure costs and inventory scrapped because of spoilage or supply chain interruptions); abandonment of leasehold improvements; permanent retirement of fixed assets; termination payments to cancel contracts, leases, or licenses; prepaid costs for canceled events, travel, and conferences; and prepaid raw materials or other items to fulfill a contract when the contract has been canceled.

But perhaps you are wondering how to limit adverse economic losses to those that have a causal relationship to the coronavirus this year. For instance, how can we distinguish coronavirus-induced losses from those that would have occurred anyway for so many retailers and other businesses that were already struggling because of the rise of big-box vendors and e-commerce (like Lord & Taylor, Toys “R” Us, JCPenney, and Sears)? Does that even matter? The businesses that were already teetering on the brink of extinction arguably had their losses expanded and accelerated.

Even if the pandemic is the asteroid that ultimately wipes out these dinosaurs, why should that prevent now-crystallized losses from being carried back to prior years during a federally declared disaster? While ordinary worthless stock losses may not be a top-of-mind disaster loss, the midyear market losses many took in conjunction with closing stores and revamping operations to stop the bleeding also had broader economic consequences for other businesses that may have taken fewer precautions.

Others may be concerned about a too-liberal approach to section 165(i) because we may not know the full extent of the damage caused by the coronavirus for years. And of course, how do we prevent those who have suffered no hardship and losses from attempting to fraudulently obtain tax benefits? (Fun fact: There have already been at least 57 defendants criminally charged with PPP-related fraud.)

I have spent most of my career helping people understand the available tax benefits Congress has provided them, which can indeed be hard to find in the complex tax laws. So I am not exaggerating when I say it’s possible that all those who have suffered from decreased profitability are feeling pressure to pursue unethical practices. But using fear of fraud as a means to deny the use of section 165(i) wholesale for American businesses hurt by the coronavirus surely won’t be appreciated by those looking to protect them. Officials enforcing the laws right now in the Trump administration are striving to ensure maximum benefit under the tax laws for those businesses.

Conclusion — Go for the Section 165(i) Election

Losses originating from the unprecedented impact of a quarantined country will be seen in the same light as those under any other emergency for which the president declares a federal disaster. And Trump’s administration has fought to ensure that all employees and businesses have some relief from the detriments caused by the pandemic, including through payroll tax deferral.

While many believe Trump has sought to usurp power from Congress to reduce taxes, Congress unquestionably handed the president and the executive branch the power to declare an emergency, including allowing section 165 losses to offset gains from prior years under section 165(i). It would be unconscionable to foreclose the deductibility of midyear market losses taken to shore up those affected by a federally declared disaster. An amended federal income tax return or “quickie refund” could be quite valuable, as intended.

The deadline for a section 165(i) election is six months after that for filing the taxpayer’s federal income tax return for the disaster year, determined regardless of any filing extension. Taxpayers that had a profitable 2019 tax year and have realized losses post-March 13 caused by the COVID-19 disaster should consider a section 165(i) election to move the 2020 losses to 2019. Section 6411 allows taxpayers to benefit from a tentative downward adjustment of prior years’ taxes paid. A corporation may request a quickie refund on Form 4466, “Corporation Application for Quick Refund of Overpayment of Estimated Tax.” And if any loss is created for 2019 because of the election, it can now be carried back for five years under the Coronavirus Aid, Relief, and Economic Security Act (P.L. 116-136).

So for taxpayers (or government officials) being told that losses realized during and caused by this federally declared emergency may not be covered by section 165(i), please read that code section. Just because section 165(i) is older law and didn’t anticipate a global pandemic as the cause doesn’t mean it cannot be used for its original purpose — to carry back monetary losses caused by a federally declared disaster for immediate relief.

Business Meals Tax Deduction Updates And The Impact On Restaurants
Virgin Galactic’s next spaceflight test remains on track to launch in the coming weeks
Unit4 adds forecasting and planning to ERP software
Coronavirus pandemic may make it easier to get in to college, but not the Ivy League
France to go ahead with digital tax, risking U.S. tariffs