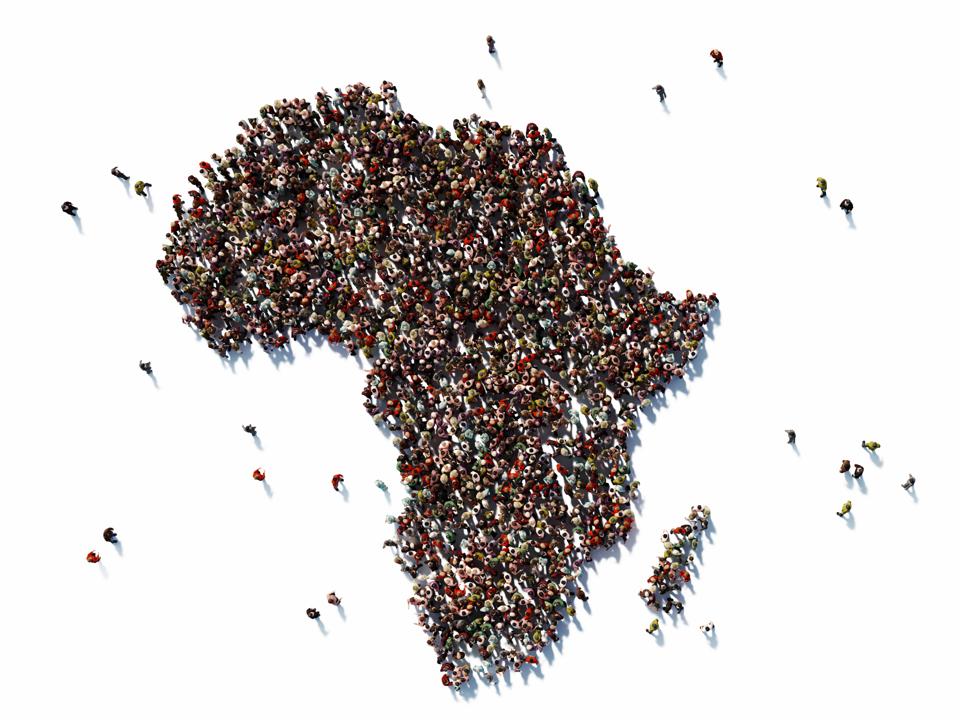 The countdown to October — and the release of the OECD’s long-awaited international tax overhaul — is on.

Even if there is political agreement on the OECD’s proposal, it will take some time for the OECD to complete its technical work and release implementable tax rules.

Does that mean that governments will implement unilateral measures until the OECD’s regime is fully operational? Or will some countries back away from unilateral digital services taxes and wait for the OECD’s rules to drop, however long that may take? It is unclear.

In pre-pandemic times, France, Italy, and others enacted DSTs because they thought digital multinationals were paying too little in their jurisdictions. Now, in the wake of the coronavirus pandemic, a prevailing argument is that countries don’t want to wait and potentially miss out on much-needed tax revenue, especially because business is booming for digital multinationals in our socially distanced world.

Unilateral action in the digital economy is chameleon-like. There are many justifications to fit one’s case.

These include making multinationals pay their fair share, expanding government coffers in the wake of the pandemic, boosting tax morale to induce voluntary compliance among individual taxpayers, and taxing for overall development.

Despite competing interests, there’s a general sense that there’s safety in numbers in taxing the digital economy. Regional coordination is important and increasingly robust, but it can be a double-edged sword. Recent discussions and developments within Africa show just how challenging this can be.

At the end of August, hundreds of African finance and tax officials convened for a tax policy dialogue hosted by the African Tax Administration Forum (ATAF) at which they discussed ways to boost government taxing rights.

They want a harmonized approach — but what does harmony look like?

At the international level, it looks like a unified African approach to global taxing rights before the OECD and other global bodies.

South African Deputy Minister of Finance David Masondo, who has taken a lead on the discussion, says that African governments, guided by the African Union and ATAF, should rally together and devise an African position on taxing the digital economy.

At the continental level, harmony looks like a tax policy platform with a coordinated approach to DSTs, according to an outcome statement published by ATAF. The organization supports a global solution but recognizes that some individual countries are interested in DSTs.

As such, it is creating a suggested approach to drafting DST legislation. But it is important to note that an Africa-wide DST strategy may not include all countries.

Senegal is declining to implement a unilateral DST and is waiting for an OECD-led solution, according to research from the International Centre for Tax and Development.

Despite its vocal role in the ATAF process, South Africa, for the time being, has decided to take itself out of the unilateral digital tax discussion as well. In an August 26 statement, Masondo said the country will not introduce a unilateral tax and is instead waiting for the OECD’s report or a multilateral consensus.

Meanwhile, ATAF believes that waiting for an OECD solution that may not materialize could pose a “significant risk” to African countries and cost them millions of dollars in tax revenue.

ATAF first staked its position in a June policy brief on African DSTs in which it said that the true benefit for African countries might not come from the actual dollars generated, but rather from the spillover effects into other areas of tax compliance.

“While the revenue raised would not be large for most African countries, a DST could have other benefits. Much of the recent public concern about the under-taxation of multinationals has focused on high-profile digital companies that do not have a physical presence in countries so are not subject to income tax. By taxing these companies, a DST could improve public confidence in the fairness of the tax system, which is an important factor underlying voluntary compliance,” the brief said.

But it’s the seemingly conflicted and fuzzy message that could leave these measures vulnerable to attack by the United States, particularly as ATAF prepares to issue guidance on DSTs.

The rationale is broadly understandable: If individual taxpayers perceive that multinationals are not paying their fair share, what would motivate them to comply with their taxing obligations? This is a well-documented issue for several African countries already struggling with voluntary compliance.

Beyond that, if DSTs aren’t expected to generate substantial revenue, it’s important to look at why that is the case, and how it can be remedied.

Mustapha Ndajiwo, founder of the African Centre for Tax and Governance, recently looked at African taxation of the digital economy and found that within the countries he studied, establishing nexus isn’t an issue. Rather, profit shifting and attribution of profits is the problem.

As part of a working paper for the International Centre for Tax and Development, Ndajiwo looked at the operations of Uber
, Amazon
, Google
, and Jumia in six different countries. He found that most of the companies maintain a local affiliate and some physical presence in the countries — Ghana, Kenya, Nigeria, Senegal, Rwanda, and Uganda — but their taxing arrangements are largely opaque.

ATAF is clear that DSTs will not conflict with the ATAF model tax convention if they are neither an income tax nor substantially similar to one.

Article 2 of the convention stipulates that a contracting state may impose income tax on a nonresident’s sales income only if the entity has a physical presence in the state.

But ATAF says a tax on gross turnover — not net profit — generated by a narrowly defined set of digital business activities would not rise to the level of an income tax.

If these parameters are met, African countries could unilaterally implement DSTs without running afoul of the convention.

Yet to be explored is whether ATAF’s suggested approach to the digital economy could evolve from the unilateral realm to the treaty realm and potentially morph into a new treaty article within the ATAF model tax convention.

June’s policy brief doesn’t mention the idea, and given ATAF’s support of the OECD process, it’s an approach that likely would not be addressed unless the organization thinks the OECD outcome is unsatisfactory.

Is VAT the Way to Start?

Ndajiwo’s report argues that if African governments want a relatively quick way to start taxing the digital economy, they already have VAT laws.

It’s an approach supported by the OECD, which has issued guidance on the digital economy-VAT intersection, including international VAT/goods and services tax guidelines issued in 2017 and endorsed by over 100 jurisdictions.

The guidelines specifically address the VAT and GST treatment of business-to-consumer digital transactions. The major underlying principle is that VAT and GST on cross-border transactions should be levied in the jurisdiction in which final consumption occurs — the destination principle.

When digital transactions are involved — for example, digital media streaming or online software sales — the abiding principle is that the jurisdiction in which the customer usually resides should have taxing rights over the sale, according to OECD International VAT/GST Guideline 3.6.

The OECD suggests that authorities set up a separate, simplified VAT registration system, closely coordinated with suppliers or their financial intermediaries and facilitate remote registration.

But this could stretch the capacity of African taxing authorities, and the countries Ndajiwo studied have been slow to act in this measure, he said.

Ndajiwo points out that this is a place in which further regional coordination could play a role, orchestrated by the West African Tax Administration Forum, the East African Community’s Tax Technical Committee, or the ATAF, which already has a VAT technical committee.

Many African countries have started digital taxation with this approach, and South Africa is a pioneer. It implemented a digital VAT law in 2014 that requires foreign companies supplying electronic services in South Africa to register for and remit VAT.

Egypt recently implemented a simplified VAT registration for foreign e-commerce businesses and requires them to remit VAT. Kenya also plans to assess VAT on services provided in digital marketplaces, via legislation released in May.

But Tunisia is evidence that this seemingly low-barrier strategy may not work for everyone. The problem in Tunisia is that the country’s currency controls — which require Tunisian residents to route online purchases in foreign currency through the country’s central bank and pay with a special charge card — prevent tax authorities from imposing VAT on foreign providers.

The government’s workaround is a new 3 percent tax on gross income generated by foreign businesses on their sales of electronic services and software to Tunisian consumers.

Along those lines, there are questions as to how ATAF’s upcoming DST guidance would interact with digital taxes already implemented or introduced. The approaches so far are considerably different and highlight the challenge that lies ahead for the ATAF and African Union in the coming months.

For example, in its Finance Bill 2020, Kenya proposed a 1.5% DST on gross revenue earned by digital marketplaces providing services in Kenya.

In May Nigeria published a legislative order establishing a new significant economic presence standard for nonresident companies that make over NGN 25 million (about $64,000) in annual income from providing several kinds of digital services in the country, including:

The provision also applies to foreign companies that provide technical, professional, management, or consultancy work in the country and receive payment from Nigerian residents.

Zimbabwe introduced in its Finance Act No. 1 of 2019 a 5 percent tax on the gross income of e-commerce operators that provide or deliver goods and services to Zimbabwean residents and generate at least $500,000 in local revenue.

Crowe and BKD release year-end tax-planning guides amid coronavirus and election
The 20 Best Standing Desk Options for 2020
Are Higher Taxes Coming? Three Things To Watch For
2020 Election: 10 Questions About Aging In America For The Presidential Candidates
The CARES Act Adds a New $300 Charitable Contribution Deduction for 2020