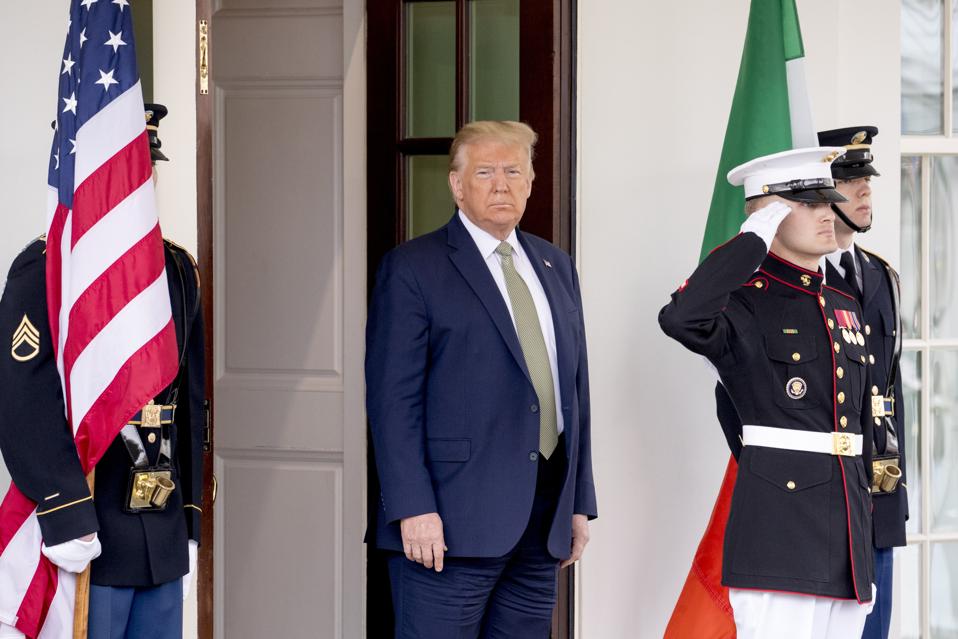 Topline: As stocks continue to plunge and investors anxiously await financial stimulus measures to mitigate the economic fallout from the coronavirus pandemic, President Trump insisted that markets will be “just fine,” despite Thursday’s massive sell-off.

Big numbers: Global markets lost a total of $4.7 trillion on Thursday, according to S&P. European markets also plunged on Thursday, falling 11% for their worst single-day drop  ever after Trump’s decision to impose widespread travel restrictions.

Crucial statistics: The Dow is on pace for its worst drop since the 1987 ‘Black Monday’ market crash. U.S. stocks are now well into bear market territory—when that happens, a recession has followed 80% of the time, according to Bloomberg. All 11 sectors in the S&P 500 are down, with energy and financials leading the plunge.

Crucial quote: “Circuit breakers will do little to calm nerves and the fact that almost a quarter of the S&P 500 stocks didn’t even get to trade before the trading halt kicked in is very concerning,” says Oanda senior market analyst Edward Moya.

Tangent: Recession fears have continued to grow and are now spiking alongside market volatility: The odds of an all-out recession are now at 52%, according to Bloomberg Economics. Allianz’s chief economic advisor, Mohamed El-Erian, told CNBC on Thursday that “we are going into a global recession” driven by the coronavirus.

What to watch for: Fed fund futures are now pricing in a 100% chance that the Federal Reserve will cut interest rates to zero when it meets next week—if it doesn’t do so sooner in another emergency meeting. Trump has repeatedly criticized the Fed for not lowering rates faster, most recently blaming the central bank for being too “slow moving” in addressing the economic impact from the coronavirus pandemic.

Further reading: Here’s Everything We Know About The Trump Administration’s Economic Response To Coronavirus

What Should Coronavirus Response Legislation Look Like?
Coronavirus relief bill would give you a $300 tax break for charitable donations
The US economy has come to a standstill, satellite imagery shows
Tap your health savings account first for medical costs during the coronavirus outbreak
IRS postpones deadline for gift and GST taxes due to coronavirus