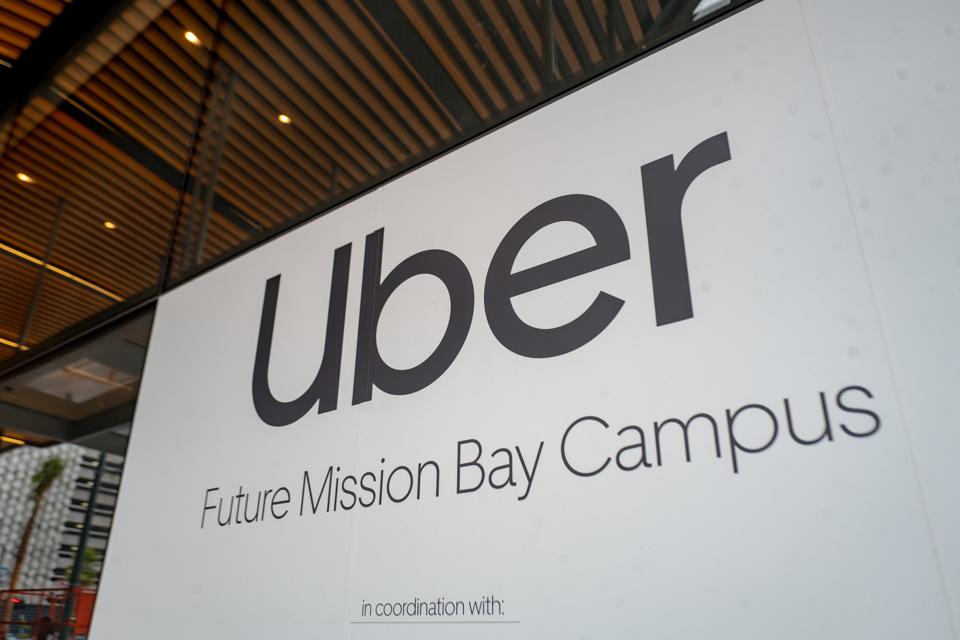 Should Uber and other firms using a workforce of independent contractors be required to pay Social Security taxes on behalf of their workers?

That’s a great idea except that

Here, as a refresher, is how taxes work for self-employed individuals: throughout the year, workers track their earnings as well as their expenses. Then, at the end of the year, they subtract the latter from the former, report it on their 1040, and pay an extra “self-employment tax” (that is, an amount equivalent to the employer and employee portions of the payroll tax for Social Security and Medicare). In some cases, when the money involved is substantial, the companies receiving services provide tax forms to the taxpayer and to the government; if the work done is for individual customers directly, the taxpayer is responsible for reporting the earnings without any such forms.

That is, of course, the theory, at any rate.

Do Uber drivers and other gig workers file their taxes as they should, especially those who don’t have enough earnings to trigger the automatic sending of 1099s by the company? There’s no readily-available data on the degree to which they comply with these regulations.

Should Uber and other companies which operate by means of gig workers be forced to pay payroll/FICA taxes on behalf of their workforce to remedy this noncompliance? Rep. Deb Haaland thinks so, and last Thursday introduced a bill that mandates this: the “Gig Is Up Act.” This bill would require that any company with gross receipts of $100 million or greater, and a contractor-workforce of 10,000 or more, would be obliged to pay both the employer and employee portion of FICA taxes (that is, 12.4% rather than 6.2% for Social Security and 2.9% rather than 1.45% for Medicare) for its contracted workforce, on the basis of the total remuneration paid to them. Those workers would then be credited with that amount in their Social Security earnings history. And, yes, the requirement that the companies pay the total amount rather than just the employer share is intended to be punitive because they’re viewed as cheating their workers.

But here’s the problem: the payments that Uber, etc., makes to its contractor-workforce are not the same thing as wages. How much of a gap is there? An analysis at Ridester.com does not provided details nationwide but calculates that in Philadelphia, as an example, expenses amount to fully half of the gross earnings, based on AAA estimates of expenses per mile of $0.46 per mile. The folks at Ridesharingdriver.com calculate a smaller gap, determining that expenses reduce income by about 25% by using their own estimate of expenses, at $0.20 per mile.

So let’s leave aside questions of how taxes for self-employed workers actually work, and questions of whether Uber, etc., are being unfair to their contracted workforce, a whether they should be punished as a result. Let’s ignore the question of whether a company would pay this tax out of profits or executive salaries or simply by reducing its contractor- workers’ compensation. What if, as a means of increasing tax compliance by self-employed workers, companies using independent contractors at a large enough scale for the relevant requirements not to pose a burden, were in fact mandated to deduct a percentage equivalent to the FICA/self-employment taxes from payments to their contractors?

Plainly, in the case of taxi-service companies such as Uber (or, fine, in their parlance, technology companies which provide a platform to enable drivers to operate a car-for-hire business), the approach would result in payments 25% to 50% too high. Perhaps the IRS per-mile reimbursement rate could be used as a standardized calculation of net wages, though this would over- and understate the income of drivers depending on the specific level of expenses a driver experiences.

But not every “gig” company has a neat shortcut way to calculate an approximate net earnings. TaskRabbit workers who assemble furniture close to home might have few expenses beyond a tool box. Someone who specializes in delivery and/or takes on customers in far-flung areas will spend more of their earnings on their expenses. What of “taskers” who hire others to help them on larger jobs? And, yes, the bill’s text would include TaskRabbit (acquired by IKEA in 2017), which has over 60,000 independent contractors (as of 2017).

Finally, does it make sense to credit Social Security earnings history with total remuneration rather than just the true self-employment earnings of these workers (again, assuming that whether directly or indirectly, they are paying for it themselves)? While, as a general rule, higher paid workers get less of a “return” for their contributions than lower-paid workers, that’s not necessarily true for a “gig” worker whose work history might be more erratic and for whom additional earnings would provide a meaningful boost in benefits. The question then becomes whether it’s fair for these workers to see their benefits boosted in this way, compared to self-employed workers who calculate and pay their taxes in the usual manner.

Now, all that being said, I know there are multiple ways in which firms such as Uber operate in a grey area in which they exert more control over their contractors than the traditional differentiation in labor law between contractor and employee envisions (and is making changes to their system as a result, to bolster their claim in California in particular where a new law more widely classifying people as “employees” is slated to go into effect), and I’m not getting into that argument — except to say that trying to use Social Security law to punish companies with a high level of independent contractors isn’t the right answer.

What do you think? As always, you’re invited to comment at JaneTheActuary.com!